Hospice Volunteers of Hancock County is offering free grief support groups for those who have losta loved one. Meetings will take place on a weekly basis, January 30 – March 24, with the weekdayand time to be determined by the availability of registered participants.

Deadline to register: Friday, January 13To register, visit our website: www.hospiceofhancock.org, and click on“Support,” then “Grief Support” to find the registration form.For more information, call our office at 667-2531.

Hello HVHC Friends and Volunteers.  Here's hoping all is well with you and yours!  While many of our volunteers have been introduced to our new Executive Director, it is time for me to officially pass the torch and introduce her to all of you.

Kathy Baillargeon comes to Hospice Volunteers of Hancock County well-prepared for her new role as Executive Director, with 13 years of experience in hospice, having served as Manager of Volunteer Resources with Androscoggin Home Healthcare & Hospice in Lewiston, Maine, and most recently as Director of Programs with Eastern Area Agency on Aging.

Kathy shared her enthusiasm for her new role:  I am grateful to be serving as the next Executive Director for Hospice Volunteers of Hancock County.  This organization has an incredible reputation for providing quality volunteer service to those in need throughout the Hancock County area.  Working for Hospice for thirteen years and with volunteers my entire career, I know the value volunteers bring to those they serve and their communities.  Volunteers are at the heart of all that we do.  I am excited to be part of this incredible team of volunteers, staff and Board of Directors.  I look forward to working together to continue this great work.

Let me add my enthusiasm for this smooth transition.  Kathy is a great fit for HVHC and she and I are working together last week and this week to create a circle of clarity and resources that will ease her stepping into the position.  I am grateful that this "handing off" feels so strong.

Finally, please know that I have valued my time at HVHC tremendously.  I have grown so much in so many ways, and my family and I have been blessed by the "second home" that HVHC has been for us.  It is with profound gratitude that I move into retirement (and into our RV :-) and head into the next roads on our journey.  Thank you for all of the many gifts you have given to me and to HVHC!

The following article is about a recent court decision about false claims submitted to the Medicare Program.
If you decide to use this material, please include our copyright designation that is shown at the end of the article and send us a copy of any publication in which the material appears.
Please do not hesitate to contact us with comments, questions, or requests for additional information.
Sincerely,
Elizabeth
Elizabeth E. Hogue, Esq.
(877) 871-4062

AseraCare, a hospice provider, defeated allegations in a federal trial court that it knowingly submitted false claims to the Medicare Program for patients who were not terminally ill. On appeal, the Appellate Court emphasized that one physician’s testimony on behalf of the government against AseraCare that contradicted physicians who certified patients for hospice care was insufficient to prove falsity under the federal False Claims Act (FCA). The Court said:

On October 13, Representative Anne Perry and Senator Marianne Moore presented Down East Hospice Volunteers Executive Director Barb Barnett and Board President Paul Strickland with a Legislative Sentiment. This Sentiment is signed by President of the Senate Troy Jackson, Secretary of the Senate Darek Grant, Speaker of the House Ryan Fecteau and Clerk of the House Robert Hunt. It was introduced by Representative Perry and cosponsored by Senator Moore.

“Given this fourteenth day of September, 2021 at the State Capitol Augusta, Maine

Be it known to all that We, the Members of the Senate and House of Representatives, join in recognizing Down East Hospice Volunteers,

of Calais, which has served the people of the State for 40 years by providing compassionate care and companionship to the terminally ill and their families and

caregivers and bereavement support to those touched by the death of a loved one. We extend our appreciation and best wishes; And be it ordered that this official expression of sentiment be sent forthwith on behalf of the 130th Legislature and the people of the State of Maine.”

For information about receiving free volunteer hospice services, to become a hospice volunteer or to donate to DEHV, call 454-7521 extension 126, or visit www.downeasthospicevolunteers.org or downeasthospice @yahoo.com. 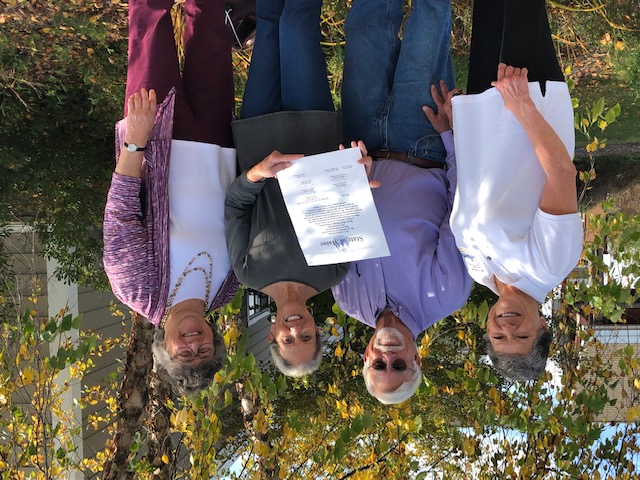 Legal challenges to vaccine mandates continue. One of the most recent challenges already addressed by the Court is Christy Beckerich, et al v. St. Elizabeth Medical Center, et al [Civil Case No. 21-105-DLB-EBA, (E.D. Ky. Sept. 24, 2021)]. In this case, the Court rejected employees’ request for a Temporary Restraining Order and/or Preliminary Injunction to block vaccine mandates based on its conclusion that private employers can modify employment conditions to require employees to be vaccinated in response to an unprecedented global pandemic. The Plaintiffs in this case are a group of healthcare workers, both past and presently employed by St. Elizabeth Medical Center and Summit Medical Group. 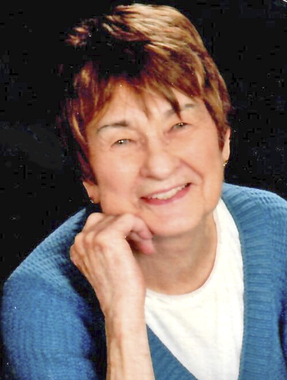 It is with heavy hearts that we share the news of the passing of Janet.

Janet accepted the clinical director position at Aroostook Home Care Agency, where she worked hard to bring many other services into the program. Janet then had a vision and passion for hospice care and again worked tirelessly, and with the help of others was able to form Hospice of Aroostook. Janet also taught nursing classes at NMCC for more than ten years, and enjoyed passing on her passion and knowledge to others.

Janet will be greatly missed.

For Janet's full obituary please click on the link below.

Patients’ Right to Freedom of Choice 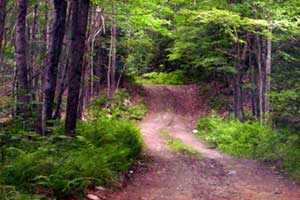 Patients’ Right to Freedom of Choice of Providers: Complaint by Provider against Hospital Substantiated by State Surveyors

©2021 Elizabeth E. Hogue, Esq. All rights reserved.
No portion of this material may be reproduced in any form without the advance written permission of the author.
Providers must have a steady stream of referrals in order to be viable. By the same token, all patients have the right to choose the providers who render care to them.
Several sources affirm the right of patients to choose their providers, including the following: 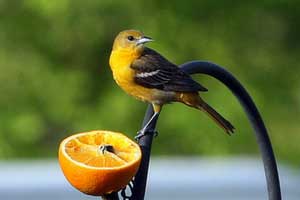 Home care providers of all types; including home health agencies, hospices, private duty agencies and HME companies; that receive any monies from federal or state programs; such as Medicare, Medicaid, Medicaid waiver, or Tricare; must make fraud and abuse compliance a top priority. As patients and their families become more familiar with fraud and abuse in the Medicare and Medicaid Programs and in other state and federal health care programs, the number of communications related to this topic from patients and their families is likely to increase. A crucial question for managers is how to handle these allegations.

Read more: How to Handle... 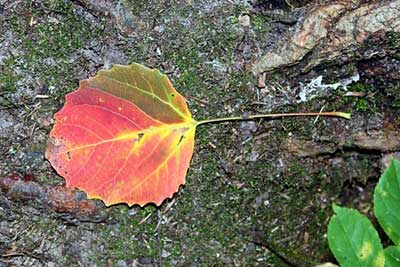 CMS Posts Memorandum on Nursing Shortage: CMS states that findings from the Bureau of Labor Statistics continue to forecast a shortage of nurses through 2024 with a job growth rate that is faster than the average. In remote instances, a hospice provider may find that a shortage of nurses creates a temporary impact on its ability to provide nursing services to patients and as a result may create an access to care concern for hospice beneficiaries.

Augusta, ME – The Maine Hospice Council and Center for End-of-Life Care (MHC) has received one of 13 grants to work in partnership with the National Hospice and Palliative Care Organization’s “We Honor Veterans Program” (NHPCO/WHV) and the US Department of Veterans Affairs. The goal is to increase awareness of PTSD, Moral Injury and Suicide and the subsequent impact on end of life and palliative care. This will be accomplished in partnership with community organizations, and our long-time partners at Togus VA Medical Center (TVAMC).

Great News! The Maine Hospice Council and Center for End-of-Life Care has been awarded grant funding from NHPCO’s We Honor Veterans Program and Department of Veterans Affairs  for Trauma-Informed Care for Veterans on Hospice Initiative.

Keep watch for your opportunity to participate in one of these educational trainings! 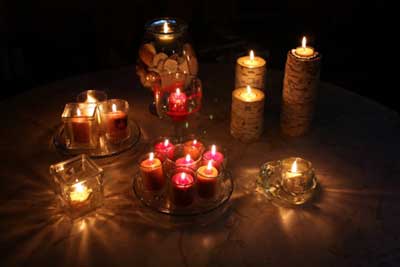 A Message from Maine Health 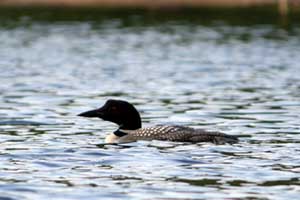 As the world-wide coronavirus outbreak continues to dominate our news each day, we know this may be a source of growing concern for you and your family.

MaineHealth and its family of health care providers across Maine and Carroll County, N.H., stand ready as a resource for the communities we serve. We want to assure you that keeping our patients, families and staff safe and well is our top priority during this time.

To that end, we want to share with you, in question and answer format, some important information about COVID-19 and how we can all work together to minimize its impact in our communities.

Read more: A Message from Maine...

On November 7, 2019, Senators Rob Portman (R-OH) and Ben Cardin (D-MD) introduced S. 2807, a bipartisan bill entitled the Hospice Care Improvement Act of 2019, specifically written to address the concerns identified by the HHS Office of Inspector General about hospice survey deficiencies and patient harm. NHPCO supports many of the policies in the bill as it closely tracks NHPCO’s recommended Hospice Program Integrity Initiatives. Thank you to the Legislative, Regulatory, and Quality Committees for their work on vetting and approving many of the program integrity measures that were included in this legislation. NHPCO will continue to engage with the sponsors of the legislation and hope to further refine the legislation to include enhanced access to hospice.

Read more: NHPCO is Supportive of...

Summary at a Glance

On September 30, CMS published a final rule which:

Executive Order from the Office of the Governor The Maine Hospice Council has been listed as one consulting entity for the Department of Health and Human Services as part of the major substantive rulemaking process and as part of its broader data collection and analysis of trends and practices.

To read the full Executive Order, please click the link below.

Maine is #1 in Hospice Utilization Growth

Maine is #1 in Hospice Utilization Growth! Spotlight on Seniors Interview with Kandyce Powell, ED of the Maine Hospice Council

Hours:
Mon-Fri 8 am – 4 pm or by appointment
Sat/Sun - Closed
State & US Holidays - Closed